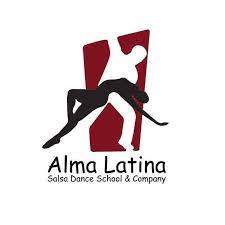 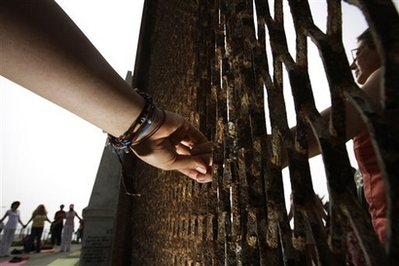 Once again, maestro Javier Alonso from the school of Sadhana in Playas de Tijuana led us in a class that brought us closer together through love and friendship. We formed a contiguous circle through the fence at the end and all commented on peace. We also had the good fortune of having another Javier, Javier Chapa who was trained in Deep Yoga created by Master Bhava from Ginseng Yoga studio, to assist us. Gracias to both Javiers and gracias to everyone for sharing this experience. This event was also in the News!

No Barriers from Friendship to Hope
Sunday June 1st, 2008

Environmentalists, human rights activists, clergy, and cultural advocates from both countries came together at Friendship Park to celebrate unity and protest the consrtuction of the triple barrier. There wer high lights and low lights as the Love Feast which includes sharing bread and drink was not able to be excercised to its fullest extent because people were prohibited from passing food through the fence. This served as a symbolic and sad representation of the enforcement mentality that the US gov't has adapted. Others joined us along the lenght of the border all the way to Hope Park in Brownsville, Texas. There is talk that this will become an annual event called "Friendship to Hope Day". 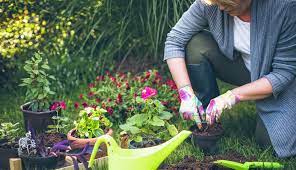 To our dismay upon arriving at the site on the 19th, we discovered the area had been "cleaned up" on the Mexican side. Out of the original 50 or more native plants there were only three left. The US side needed some work and some of the plants had been trampled by border patrol vehicles. We were able to save about 80% of the plants there. We had brought some succulents and cacti and replenished a bit with those. We will wait until the season for planting comes again in the fall to replant completely. Through the cooperative work, we go to know each other and made friends. There was quite a bit of cooperation from the Mexican side as far as making sure the garden is taken care of from now on. The yoga instructor in Playas, our good friend Javier, got some large containers and has promised to share watering responsibilities. There's talk with Proyecto Fronterizo with Margarita and Laura and Rocio of putting a protection around the garden. 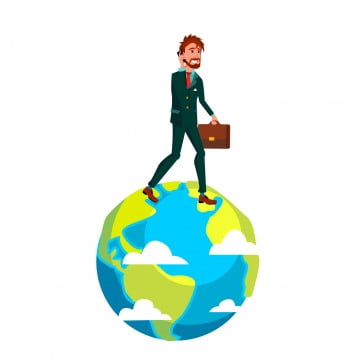 Rolene Walker (very appropriate name:-) started her TWO YEAR WALK from the Border Fence where we normally meet and will be walking all the way to Santiago Chile and she got a grand send off! The purpose of the walk is to transmit a message of peace, hope and love for the earth through environmental and sustainable practices. We planted native plants on each side of the Garden in honor of Rolene and her goals. Right before she started walking, we attempted to do a kite exchange with kites made of left over trash bags and other recycled material. Due to engineering failures, the kites didn't fly very hi, but we managed to exchange them through the fence any way and Rolene took one with her (maybe she'll be able to make some adjustments). Go to Walk With Earth to keep on Rolene's progress and to learn more about her walk (maybe you'd like to join her for part of it!). 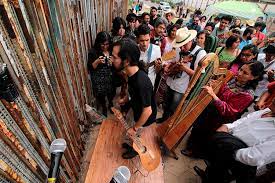 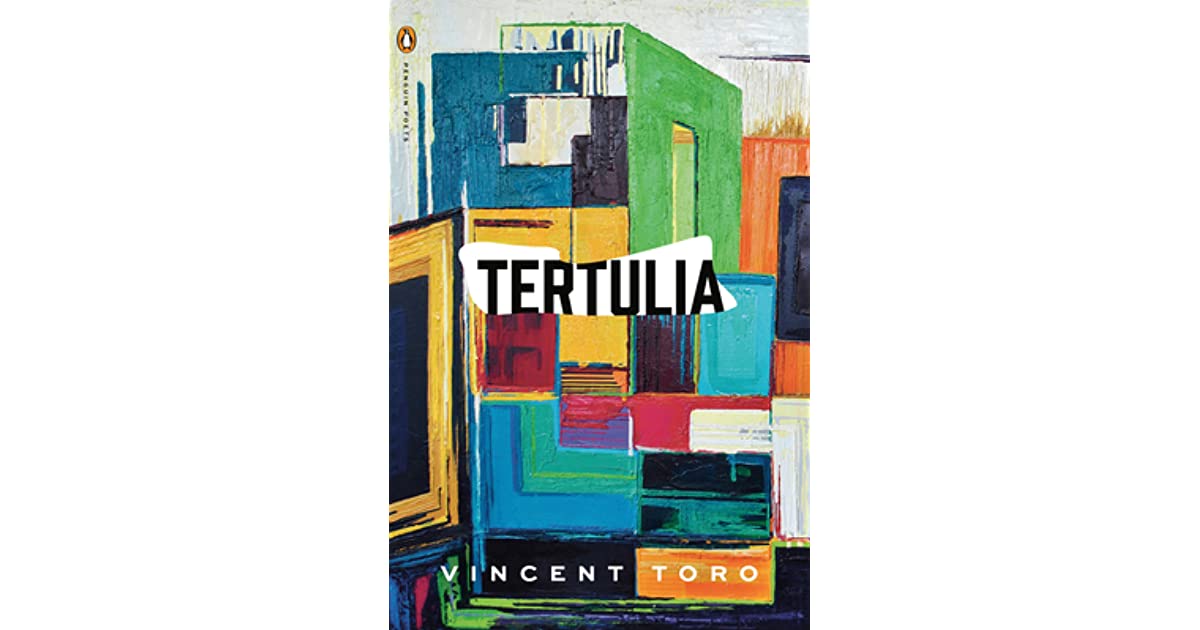 There were images created in all our minds through the reading of the poetry. There were 3-4 readers on the US side and a group of young artists from Tijuana and other parts of Mexico who helped do a joint reading of a back and forth poem (back in Englsih, forth in Spanish) to make a single bilingual poem. After Jim Moreno read his poem that greatly sympathized with the immigrant plight, a young man from Michoacan who visiting his friend in Tijuana said "Gracias por ser un Americano diferente". Stay tuned for a compilation of the poems read to be published here. 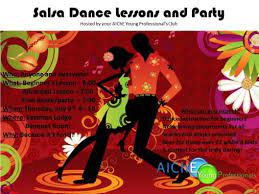 A great time was had by all! Thank you to our energetic and talented Salsa instructor Johnny Wariner form City College. "When's the next one?" was a question that was repeated over and over to me. We danced in a circle and ate and drank and socialized and then danced again. There were a lot of great ideas thrown around for next year and enthusiasm for getting even more people involved from both sides. Thank you to Jen for taking the pics and to everyone for bringing food and drink and woopin it up on the friendship dance circle! Pics 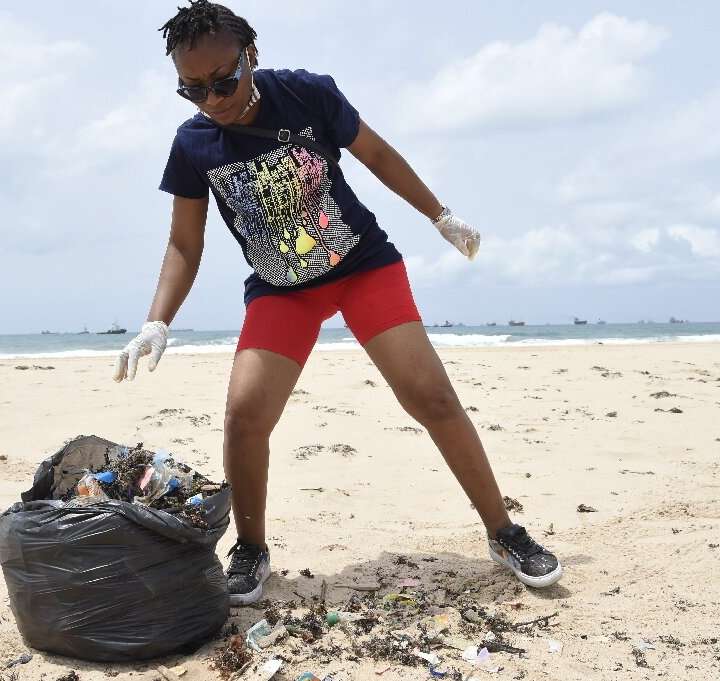 Over 500 volunteers at the Beach cleanup and a total of about three tons of trash were collected. To culminate the day's work, we inaugurated the bi-national garden of native plants. This included hanging a bi-national sign and planting of two savila cacti together against the fence. The Garden was originally planted on March 24th as part of a festival in Tijuana on Interantional Water Day (see other past events below) by students from Colegio Tijuana and Kearny Mesa High School. 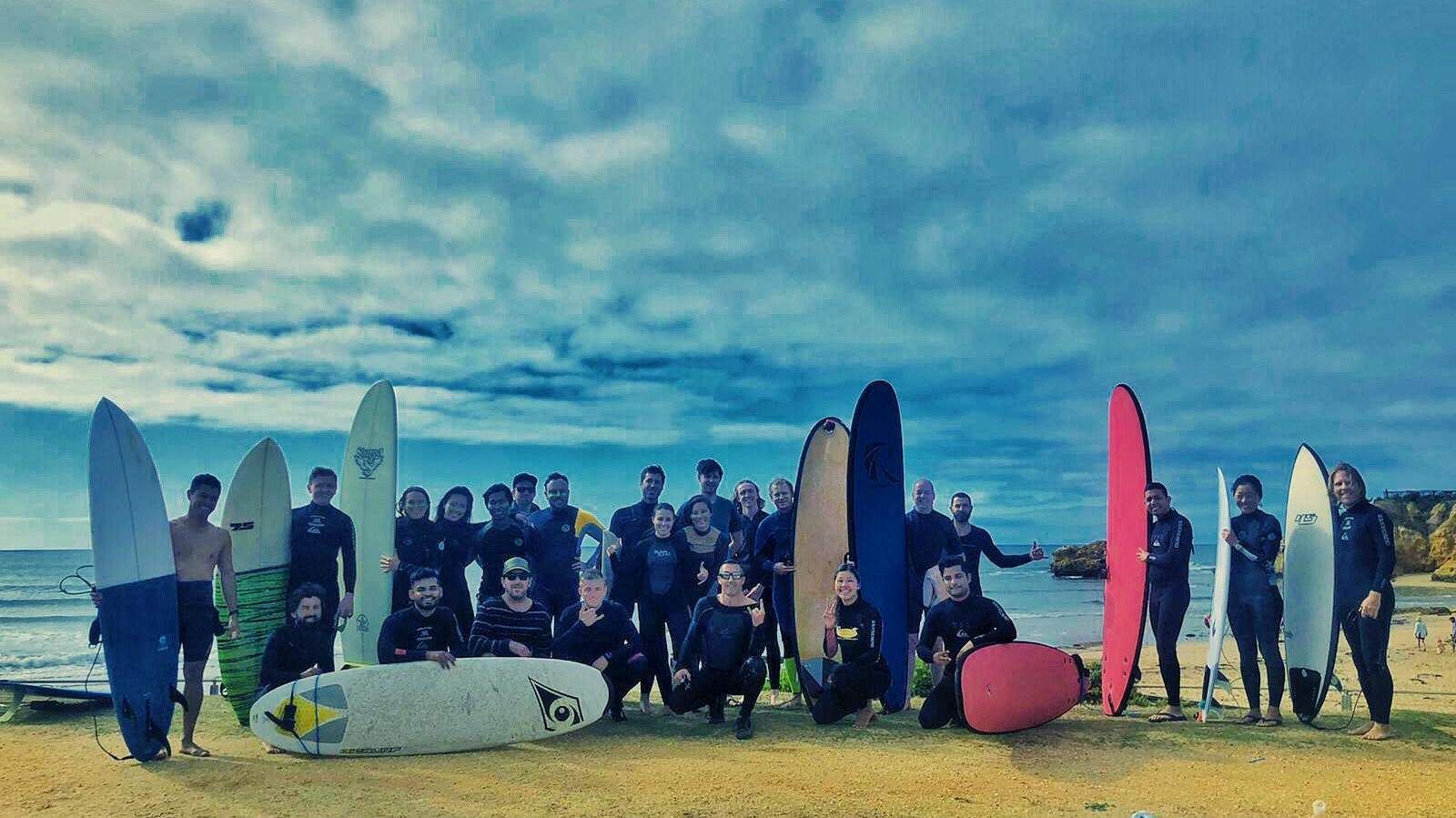 The day consisted of on and off simultaneous surfing, sporadic encounters through the tubes where friendships were made, and delicious pizza from Martinelli's Pizzaría in Playas. Click here for a few pics and testimonials of the day. 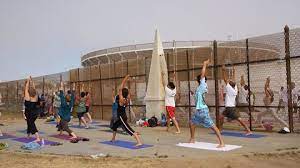 One of the most popular Border meetups so far. A total of about 50 people from both sides of the fence were following the instruction of the maestro Javier Alonso Bazua from the school of Sadhana de Mayja in Playas de Tijuana. Love and peace were the main emphasis of the lesson. As the Maestro also mentioned, the meaning of Yoga is union. Thank you to Chula Vista Yoga Center for lending us the matts and all others involved. All should thank themselves for making the effort and taking the time to practice this peaceful art of union that was taken out of the yoga studio, off the matt, and transmitted accross perceived barriers. 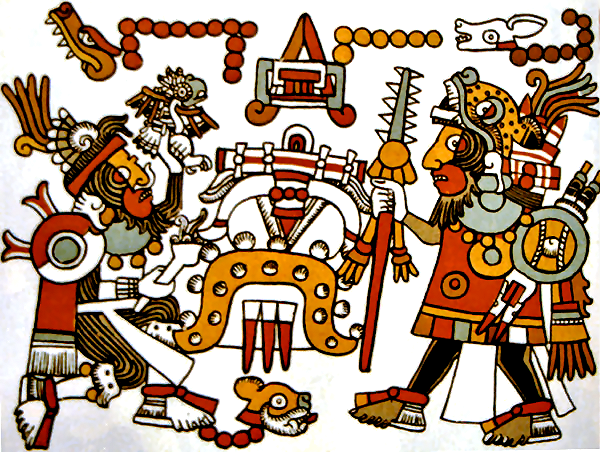 The school band played, everyone learned a little bit of a new language and new friend were made. Two long lost cousins, both from the same town in Oaxaca, were reunited after eight years through the tubes. The Mole and the "I-Kin" were delicious and the cloth donated will serve the sewing apprentices well. Here's a testimonial from Judy, one of the participants on the US side:

Just wanted to say how much I loved yesterday and thought it was really cool and over too soon. It's a very strange feeling to be on our side of the fence and feel like we're the ones being excluded. I really wanted to be on that other side!

One of the women gave me a really lovely bracelet as a gift and refused to take any money for it. She was telling me about the jewelry she makes so I have an idea of how I will 'pay' her back. I think she said her name was Armonia (Harmony?) Do you happen to have a list of who went on that trip from your side? She was a bit more shy than some of the others and her gesture really touched me.

Quite a few of the ladies said they hoped I would come with you sometime soon for a visit so I want to make sure this happens. 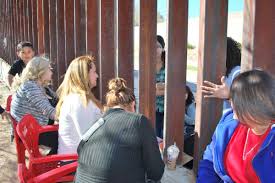 "Happy Earth Day" was the comment of one of the people along for the tour while all stared in astonishment at the destruction of natural habitat due to the construction of the triple fence. After, we hiked up smuggler's gulch and waved to some friends on the other side and then ended the tour at Border Field State Park where we met up with Jose' and chatted and ate elotes.

Once again, we had the excellent photographer, Zoran, along with us to do his magic. 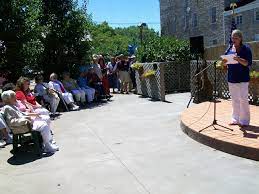 This event was a tremendous success. The studenst from Colegio Tijuana middle school and from Kearny High School worked hard and did a beautiful job. Please visit the fence and look at the new garden that stretches across both sides of the fence. There are two sets of pics: and< Zoran's Pics from US side. (these were professionally done and are great but were taken towards the end when some had left) 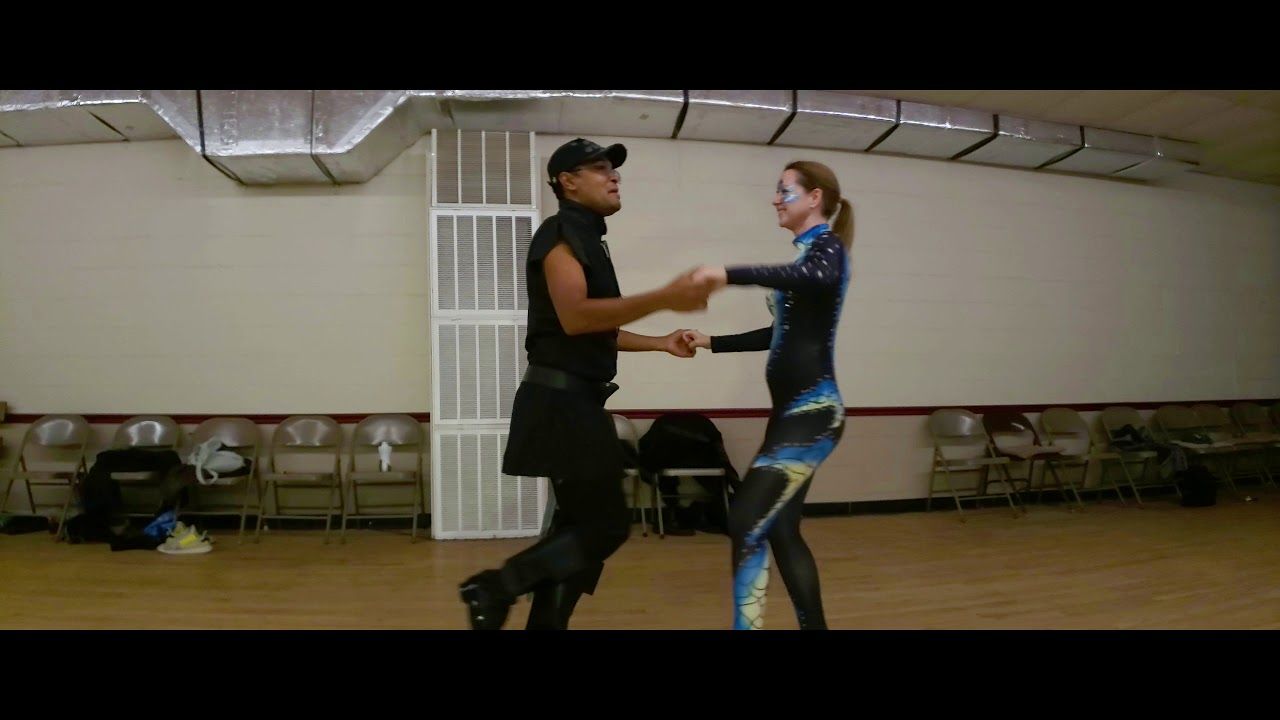 We were few, but the camaraderie was grand. There were as many cross-border connections and fun times for everybody as any Border Meetup yet. From lighthouse enthusiasts to Salsa Dancing Kings and Queens, we had it all and the border didn’t get in the way a bit. A special thank you to everyone for your enthusiasm and passion to get to know new people. And another special Thank you to Walter Meneses and Sarah from La Sorisa Latina for your time, effort, and patience in teaching us all Salsa. The dance, the music, and the positive atmosphere, made it possible for people to get to know each other across cultural and political boundaries, have a good time, and bring out the human connection that keeps all together. PICS 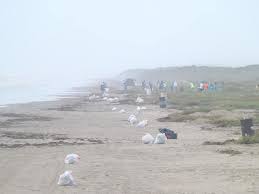